Tonight, Lou is alone as we listen to Space Cowboys. Space Cowboys is a 2000 film about sending four old farts into space to fix an aging satellite. Clint Eastwood, Tommy Lee Jones, Donald Sutherland and James Garner, play 1950’s Air Force Pilots who train to be the first men in space, but just before they can make their journey, the Air Forces’s formal involvement in Outer Space Testing is replaced by the newly established NASA. The four are replaced by Mary Ann, a monkey, who will be the first American in space. 40 years later Russian satellite IKON is suffering a guidance system malfunction and the satellite is coming to earth. For some reason allowing it to burn up in the atmosphere is not an option, but no one alive at NASA can read the programming used for the guidance system. So NASA must enlist the man who wrote the programming for the guidance system so they turn to Lt. Colonial Frank Corvin, a Retired electrical engineer, to help fix it, but his only condition is that he and his men be the ones allowed to fix the satellite.

Join Lou as he discusses the movie. I must admit, I didn’t do as much talking in this movie as I did for Space Camp, but I love this movie and had to keep reminding myself I’m doing a commentary, not watching a great movie.

Tonight’s Rule of Acquisition: #62 “The Riskier The Road, The Greater The Profit.“

This show is a proud member of the Tech Podcast Network, home of the best tech podcasts such as Buyer Brown Tech and Stuff at BBTAS.com Please visit TechPodcasts.com

Links Discussed In This Show Were:
None discussed.

You can download the MP3 version of this show by clicking here.

To submit your entry for the show send it to
LouTrekShow@Gmail.com

Listen to us on Stitcher 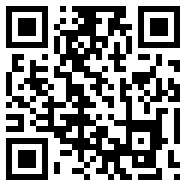